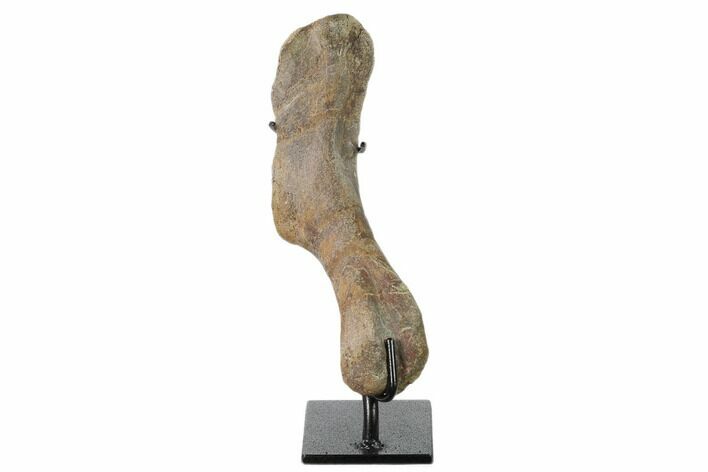 This is a beautifully preserved, 9.4" long juvenile Hadrosaur (Hypacrosaurus sp.) humerus bone from the right arm, collected from the Two Medicine Formation of Montana. It was collected this summer from one of our partners quarries in Pondera County. It comes from a hard sandstone layer and the bone quality is excellent and very dense. It comes with a custom metal display stand for display.

It was found broken into several pieces, requiring crack repair and gap fill restoration in spots. Both the proximal and distal ends are weathered, however there is no restoration to either end. Each of the repaired cracks through middle of the bone required some restoration where the bone crumbled away, with the most notable restoration at the point of repair just over 3 1/2" from the distal end of the humerus.