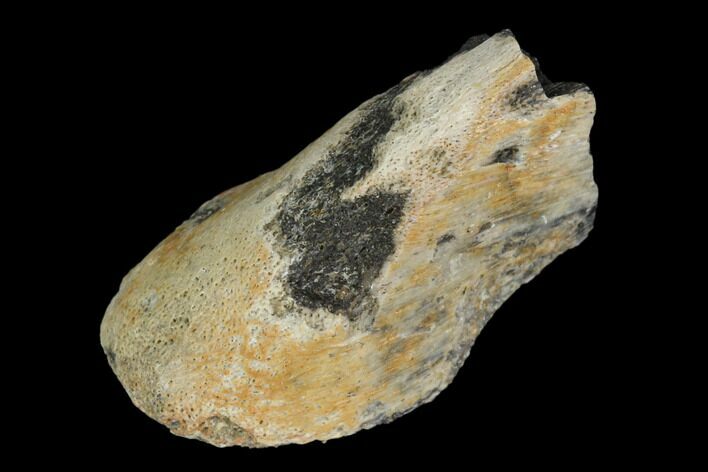 This is a .9" fossil vertebrae section of a hadrosaur from the Aguja Formation, Texas. It is in good condition. This specimen is the Superior Articular Process, the part of the vertebra that locks the vertebrae to the one preceding it, giving the spine stability.