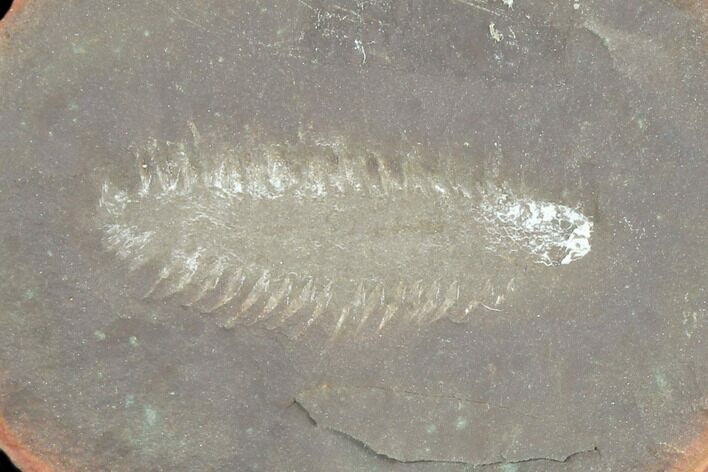 This is a .9" fossil worm (Fossundecima) preserved in an ironstone nodule from the Carbondale Formation near Essex, Illinois. This specimen shows the legs, body and head of the worm. Both the positive (convex) and negative (concave) sides of the fossil are included.

Fossundecima is considered the second most common worm in the Essex Fauna. They were a medium sized, predatory, polychaete whose head contained a proboscis that held two triangular jaws. This probiscis would be thrust out to feed. Its body had short setae that extended out from each segment. These increased as the worm aged giving it its spiny appearance.