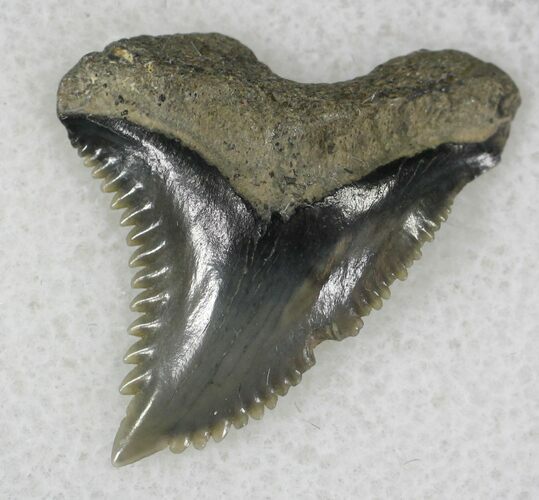 This is a nicely preserved tooth of Hemipristis serra or snaggle tooth shark. The tooth has very pronounced serrations and beautiful enamel preservation. It was collected from the Bone Valley Formation in Florida and comes in an acrylic display case.