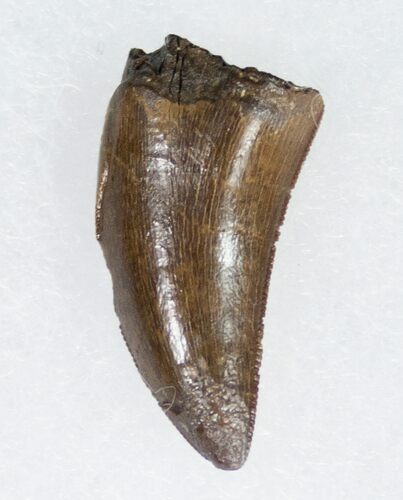 This is a .95" long Tyrannosaurid tooth of the genus Nanotyrannus lancensis from the Hell Creek Formation of South Dakota. Most of the enamel is in good shape with some enamel wear right at the tip and base. The fine inner serrations are well preserved but most out the outer ones are missing. No restoration or repair and comes with an acrylic display case.