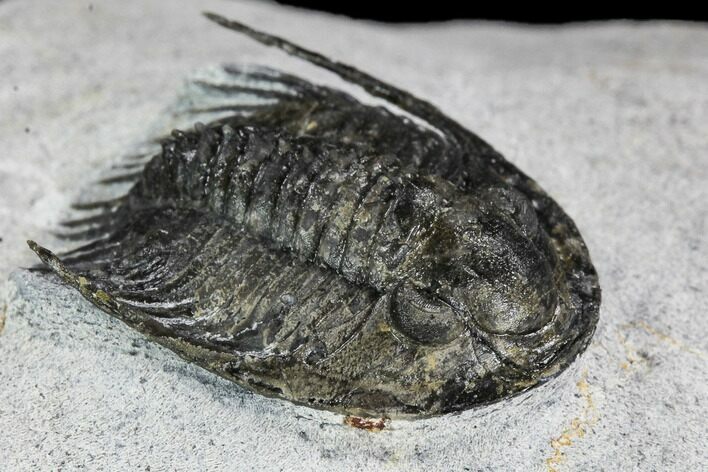 This is one of the more uncommon proetid trilobites out of Morocco, Phaetonellus. It's a very nice example, with good preparation.