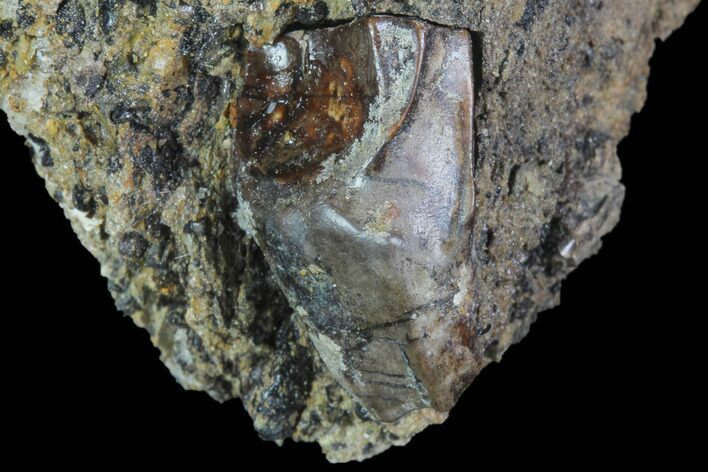 This is a really cool association of several fossils still in situ from the Aguja Formation of Texas. On the edge of the piece is a .8" long, shed tooth of Agujaceratops. There are a pair of crocodilian scutes, the larger one measuring .9" wide as weell as numerous other bone fragments and what maybe fossil tendon. The entire piece is 3.9" wide and comes with an acrylic display stand. 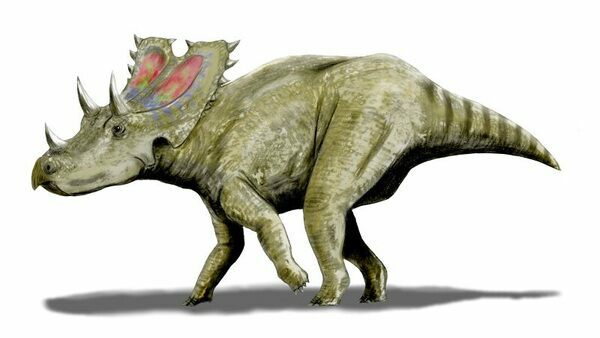