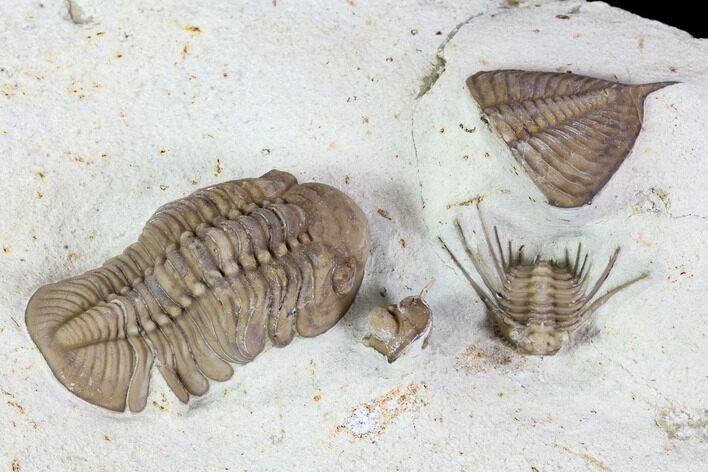 This is an amazing, natural association of FOUR different species of trilobites from the Black Cat Mountain quarry in Oklahoma. Trilobites are fairly scarce to find complete, so getting even two species in close association is unusual, three is very rare, but four?

There is a nice, 1.85" long Lochovella (formerly Reedops) deckeri, next to a large, enrolled Cyphaspis carrolli, a Kettneraspis williamsi and a tail of a Huntonia. They are all nicely located on a solid, 5.2 x 4.7" block of limestone. Nice preservation and prep work.

Trilobites were a very diverse group of extinct marine arthropods. They first appeared in the fossil record in the Early Cambrian (521 million years ago) and went extinct during the Permian mass extinction (250 million years ago). They were one of the most successful of the early animals on our planet with over 25k currently described species, filling nearly every evolutionary niche. Due in large part to a hard exoskeleton (shell), they left an excellent fossil record.
FOR SALE
$1,895
DETAILS
SPECIES
Lochovella deckeri, Cyphaspis carrolli, Kettneraspis williamsi & Huntonia
AGE
Lower Devonian 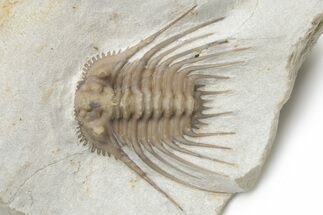 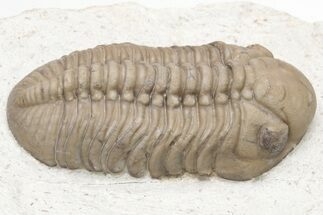 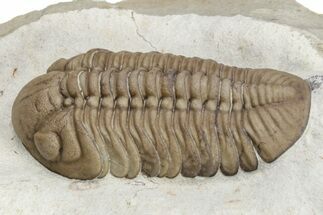