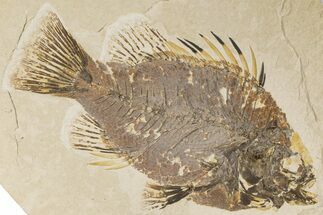 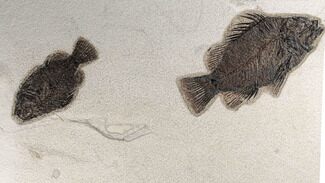 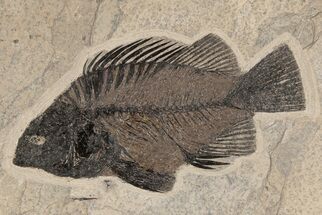 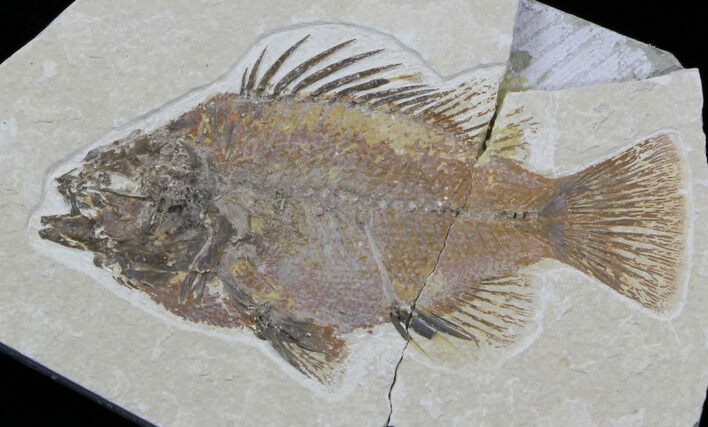 This is a bargain specimen of Priscacara serrata from the Green River Formation of Wyoming. It's 7" long and remarkably detailed. It was collected from Warfield's Quarry near Kemmerer Wyoming this past summer. There is a crack through the back end of the fish and some missing matrix surrounding it, hence the bargain price. Had these cracks not been there this would easily be a $500+ specimen given the otherwise fantastic preservation. The piece has been backed with hardie board for stability and comes with a display stand. 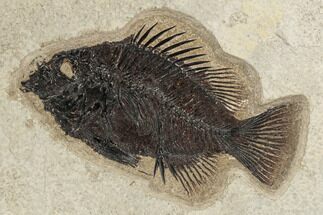 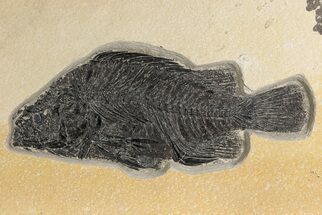 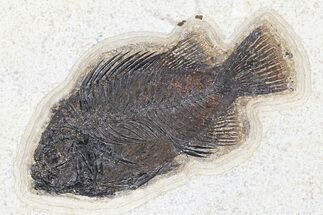 5.2" Fossil Fish (Cockerellites) - Green River Formation
$295 $245
Our Black Friday Sale Has Started!
Our biggest sale of the year has just begun. All items sitewide are discounted 5-25%. We will be adding over 1,000 of new fossil, mineral and crystal listings throughout the week, as well as running some special discounts. So, be sure to check back often.