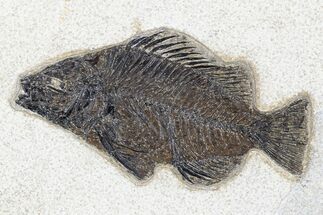 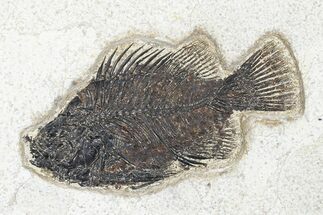 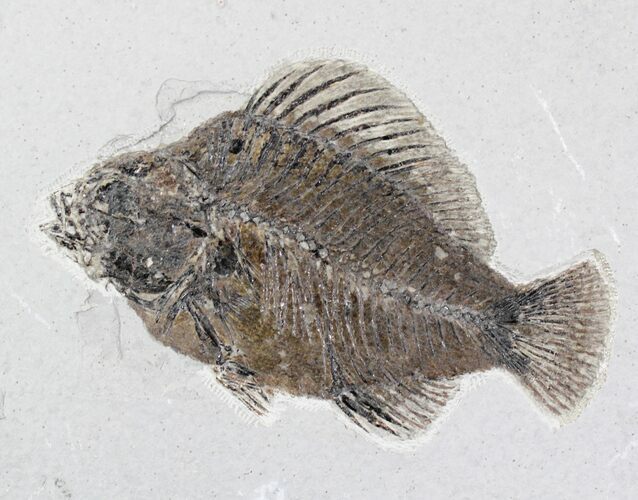 This is an nicely detailed 4.85" long Priscacara serrata from the Eocene aged, Green River Formation of Wyoming. It's nicely detailed and centered on a 9x8.6" piece of matrix. This fish was found in one of the bottom layers of the quarry which is not normally split, because the rock is much harder and more difficult to prepare. Comes with a display stand.

Today the wonderfully-preserved fossils of Priscacara and other Fossil Lake fauna are collected in several private quarries around Kemmerer, Wyoming. The best preserved fish fossils come from the coveted 18 inch layer. This layer is collected at night under high-powered lights allowing the faint signs of fish under the surface to be more easily observed. These “ghosted” fish then must go through many hours of manual preparation to remove the overlying rock and reveal the Green River fauna in all of its glory.
SOLD
DETAILS
SPECIES
Priscacara serr
AGE
Eocene (~48 million years) 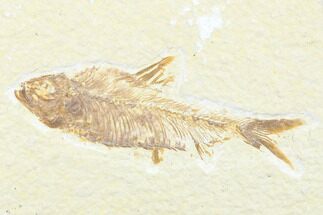