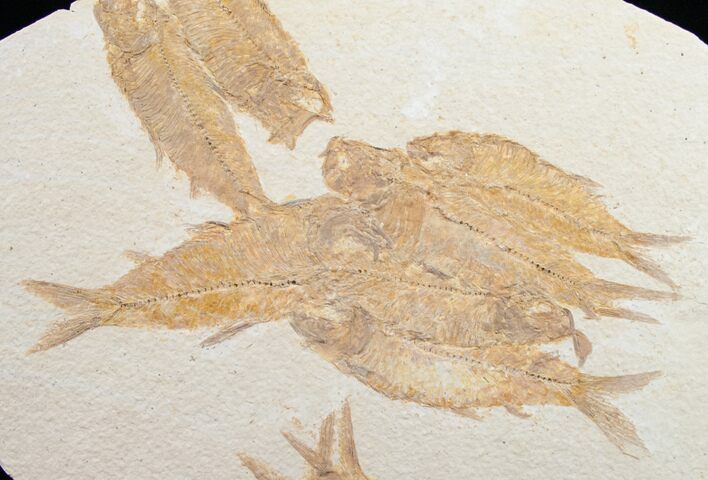 This is a nice multiple plate with seven Knightia eocaena from Warfield's Quarry near Kemmerer, WY. The fish are very nicely detailed and the fossils contrast well against the light colored, limestone matrix. There are four fish on the plate with the largest being about 3.9 inches in length. It comes with an acrylic display stand.