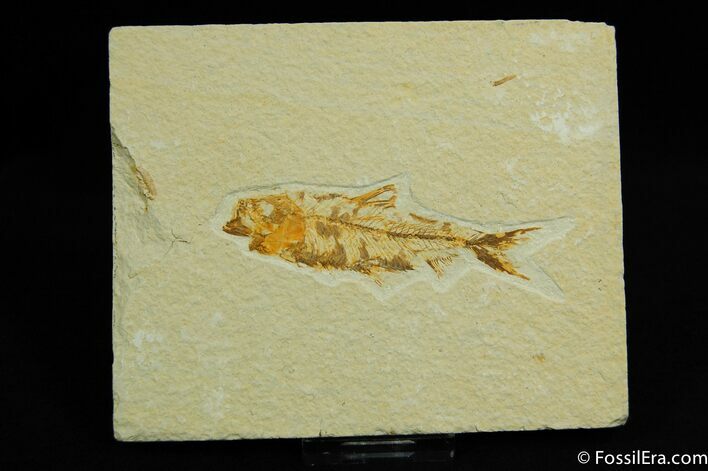 This fish fossil is a Knightia alta of the Eocene aged Green River Formation which outcrops near Kemmerer, Wyoming. It's right at 3 inches in length and perfectly centered on a rectangular block of cream colored Fossil Lake matrix. It was collected at Warfield's quarry, one of several commercial fish quarries in the area. The specimen is about average size for the species and is nicely detail.