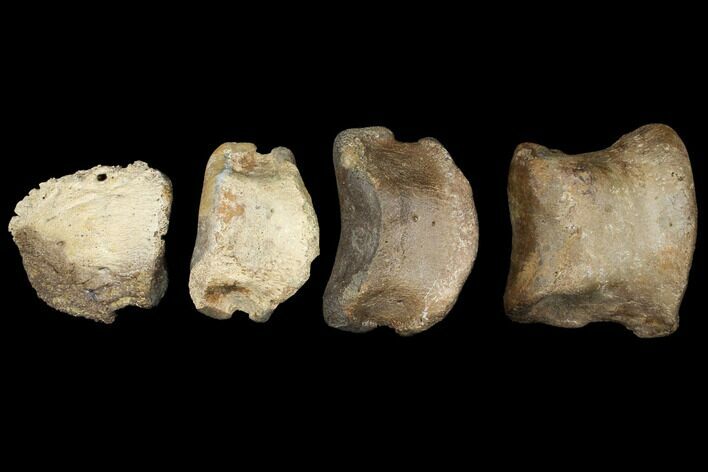 This is a nicely preserved set of four Ceratopsian toe bones (phalanges) from the Horseshoe Canyon Formation of Drumheller Valley, Alberta. The bones are articulated, however the toe is a composite, consisting of bones from separate Ceratopsians. There are more than half a dozen species of Ceratopsians found in this formation including (Anchiceratops, Pachyrhinosaurus, etc) so it would be impossible to identify isolated bones such as this, down to the species or even genus level.

This toe comes with a richer display case

Ceratopsians are a group of plant-eating dinosaurs from the Cretaceous characterized by a bony frill on the back of the skull and a unique upper beak bone, called a rostral. Ceratopsians ranged in size from 1 meter (3 ft) and 23 kilograms (50 lb) to over 9 meters (30 ft) and 9,100 kg (20,100 lb). Triceratops is by far the best-known ceratopsian to the general public.
FOR SALE
$995
DETAILS
SPECIES
Unidentified Ceratopsian
AGE
Late Cretaceous (70 million years) 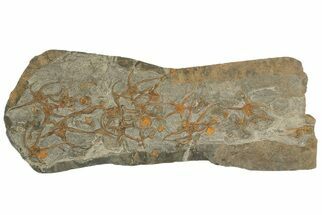