This is a spectacular fossil association from the Upper Cretaceous, Lebanese lagerstätten in Lebanon. There is a 13.5" long fossil shark (Pararhinchodon) preserved right next to a fossil ray (Cyclobatis major), a pair of fish and a pair of fossil shrimp. Individually the shark and the ray of rare components of this fauna, but to find them associated like this is exceptional.

The entire piece of limestone measures 13.5 x 9.5" . There is one repaired crack with some gap fill restoration in the crack but other than that the fossils have not been restored. A true museum quality specimen.

It comes with a display stand, or we can install a backing and wall mount upon request. 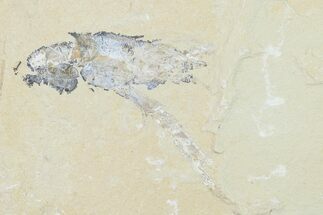 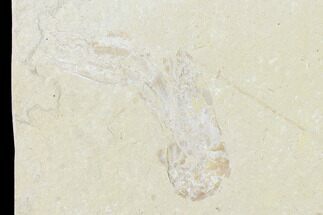