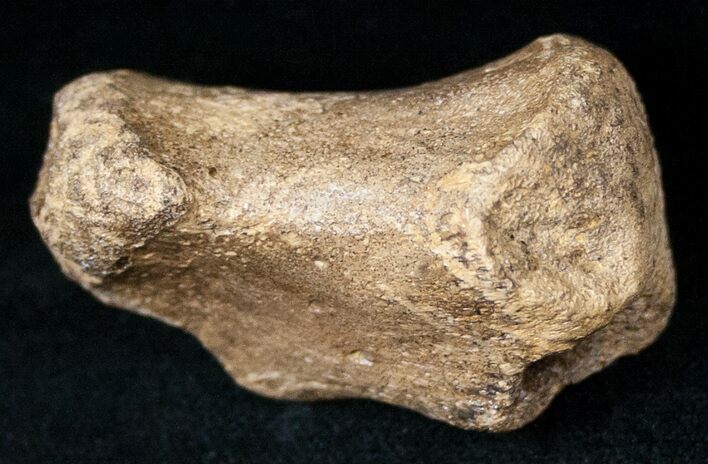 This is a finger bone of a Edmontosaurus annectens, a Hadrosaur or commonly referred to as a duck-billed dinosaur. It was collected from the 66 million year old Hell Creek Formation of Montana. The bone is very solid and very porous.