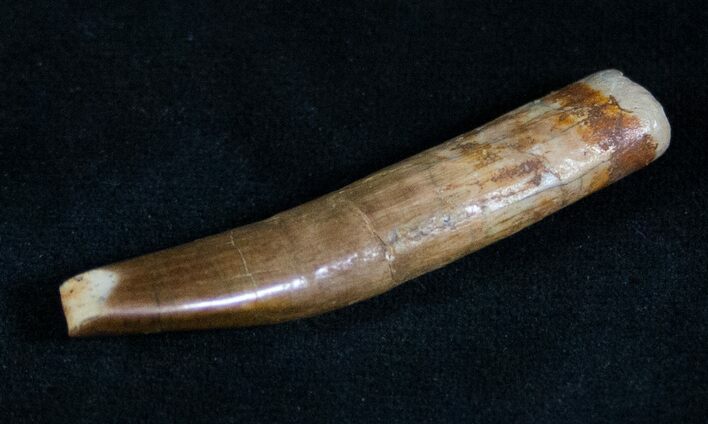 This is a top quality, rooted, 1.83" long tooth of the large Moroccan diplodocid, Rebbachisaurus garasbae. It's pretty well preserved with wonderful light brown enamel and displays the distinctive chisel shape of these sauropods. It comes from the Late Cretaceous Tegana Formation of Morocco, home to such meat eating giants as Spinosaurus and Carcharodontosaurus.

A very small percentage of teeth are found still rooted like this one, which indicated it was lost from the skull after the dinosaur died and is not a shed tooth.