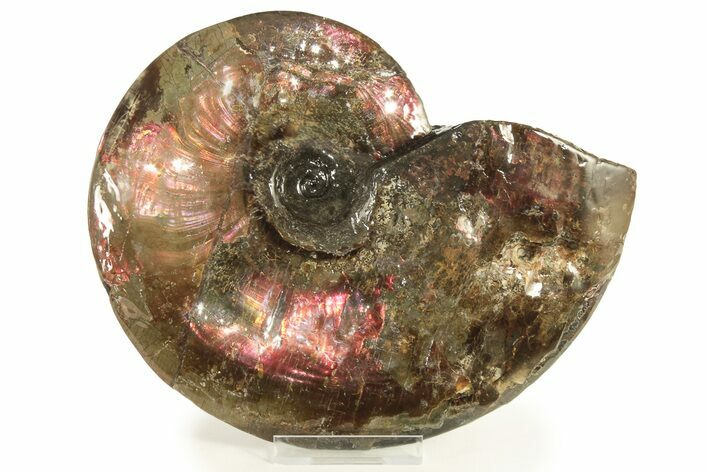 This is a flashy, 8.2" wide ammonite preserved in iridescent ammolite from the Bear Paw Shale of Alberta, Canada. It has wonderful orange, yellow, red, and green hues that shimmer differently depending on what angle the specimen is viewed from. Whole, and nearly whole, ammolite specimens are quite rare in and of themselves. Specimens with excellent color play are even more difficult to come by and should not be overlooked. this particular specimen has a fairly even coating of red and amber color play on both sides of the shell.

These complete, well-preserved, ammolite fossils are quite rare and are truly special. The Canadian government considers them part of the “National Treasures of Canada”. For this reason, all complete specimens must be inspected and registered by the Alberta provincial government. Each ammonite then receives a number and is entered in the provincial database. A cultural property export permit is required for them to be exported from the province. Documentation will be provided with the specimen upon request. 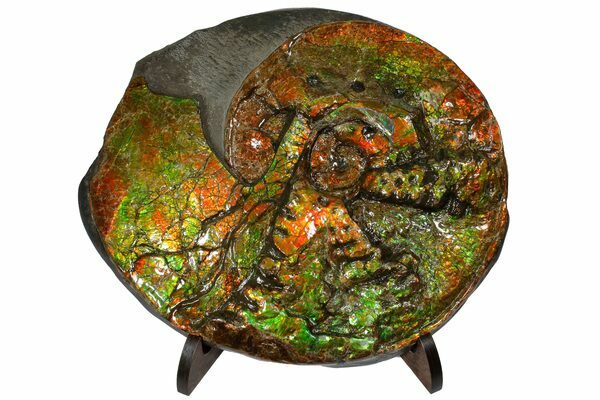 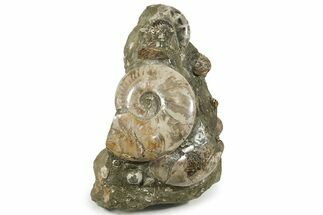 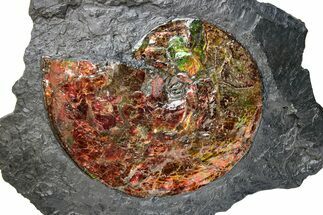 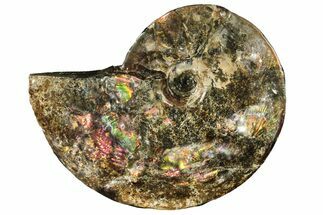 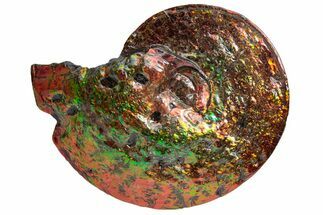 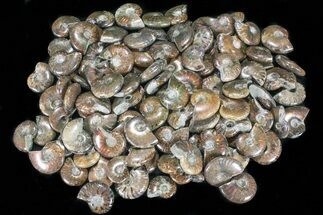 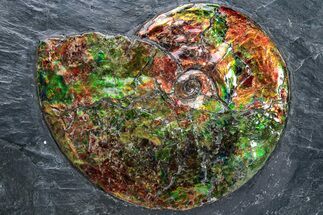 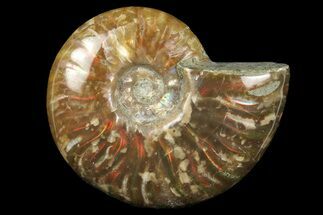 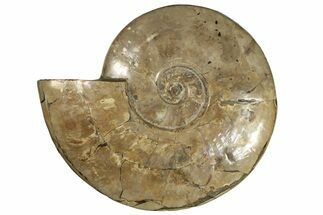