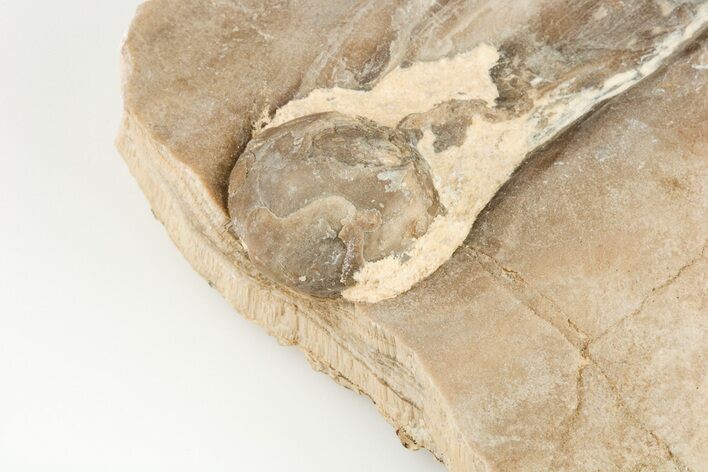 This is a fossil pearl attached to a section of clam (Inocerasmus) shell from the Smoky Hill Chalk, Gove County, Kansas. The pearl is 0.65" in diameter and still occluded to the shell. Pearls do not often preserve as they are composted of Aragonite which is not as stable as the calcite of the clam shell. The reverse side has shells of barnacles and spats, juvenile oysters. 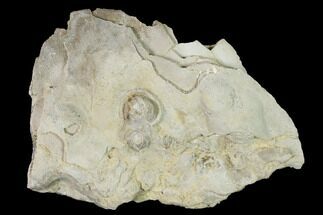 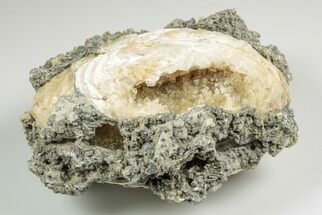 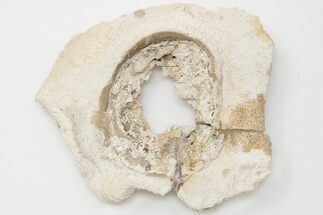 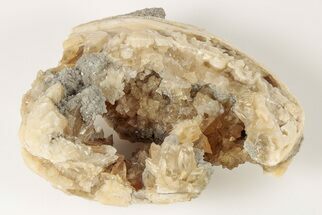 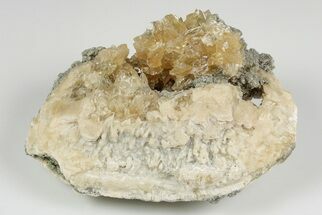