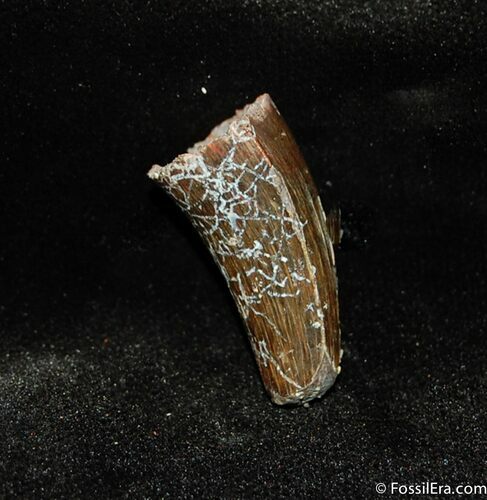 Here is a .95 inch long fossil crocodile tooth from the Cretaceous sediments of the Kem Kem Basin. This came from a large crocodile that was living alongside dinosaurs such as Spinosaurus and Carcharodontosaurus. The tooth has good enamel and the white stripes on it are left by plant roots.