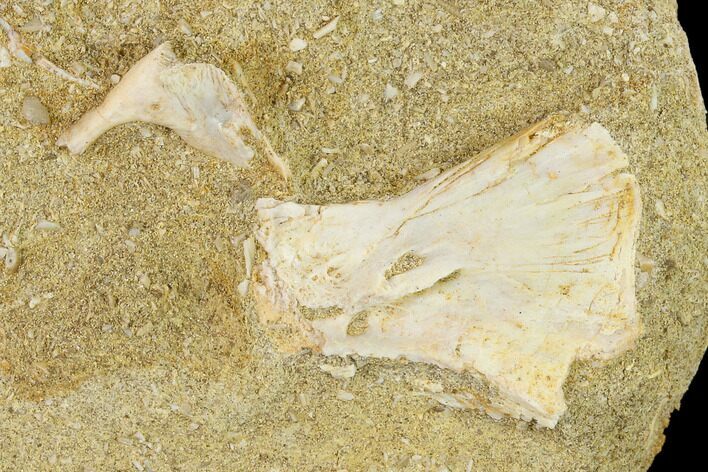 There appears to be a partial hypural bone (tailbone), as well as a partial enchodus fang within this rock. Both bone sections have been exposed from the rock they were found within.

Artists reconstruction of Enchodus.
Enchodus flourished during the Upper Cretaceous and was small to medium in size. One of the genus' most notable attributes are the large "fangs" at the front of the upper and lower jaws and on the palatine bones, leading to its misleading nickname among fossil hunters and paleoichthyologists, "the saber-toothed herring". These fangs, along with a long sleek body and large eyes, suggest Enchodus was a predatory species.
SOLD
DETAILS
SPECIES
Enchodus sp.
AGE
Upper Cretaceous 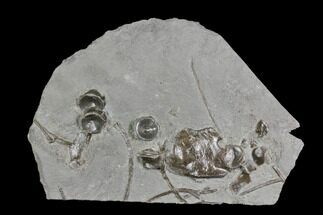