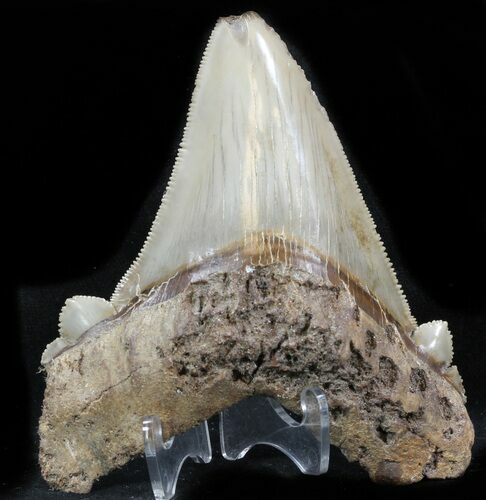 This is a giant, serrated 3.88" Carcharocles angustidens, a prehistoric mega-toothed shark believed to be closely related to the Megalodon. It was found in South Carolina after it eroded out of the Chandler Bridge Formation. At 3.88" long it's very large for a Angustidens tooth and has nice serrations and intact cusps. There is some feeding damage to the tip and some root erosion. Comes with the pictured display stand.