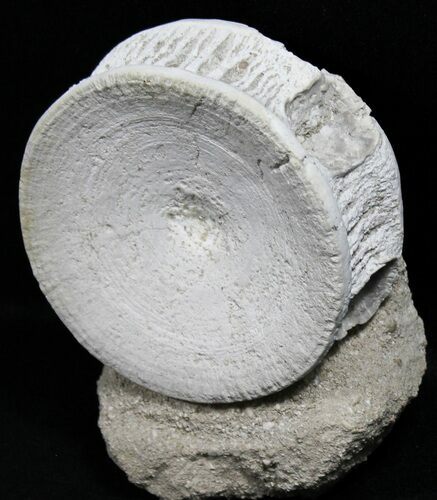 This is the large vertebrae of Otodus obliquus that I've ever seen. At 4 inches wide it would equate to a shark close to 40 feet in length. It was collected from the phosphate deposits in the Oulad Abdoun Basin of Morocco. The preparation work is top notch and it displays nicely on a flat surface.