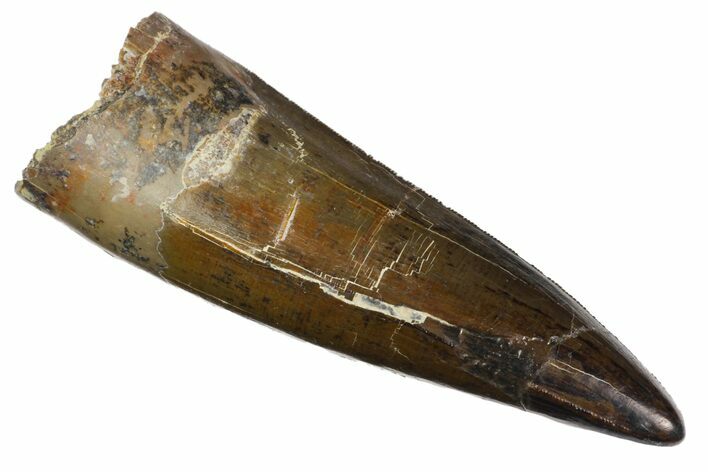 This is a gorgeous 2.09" long tooth of a Triassic Phytosaur collected from the Chinle Formation of Arizona. Both edges still have serrations and the enamel is in excellent condition. There is a repaired crack near the tip with some gap fill restoration along one edge. 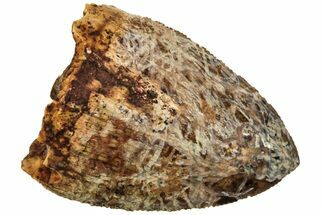 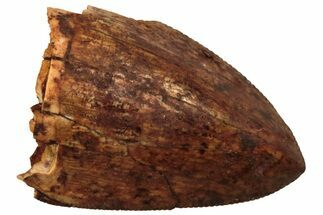 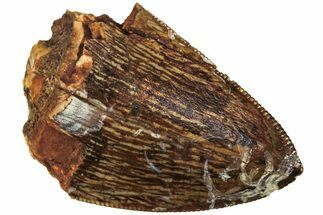