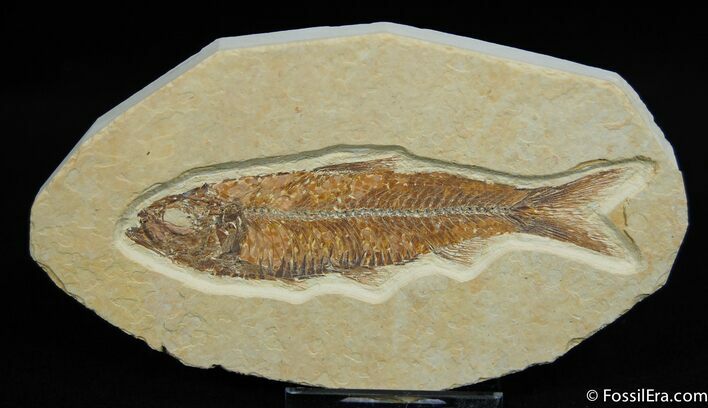 Here is a very well preserved Knightia alta from the Green River Formation near Kemmerer, WY. It was collected at one Warfield's Quarry on of several fossil fish quarries in the area. The preservation is just stunning on this example and you can see all of the fine details including the scales, fins, teeth and vertebrae. You couldn't pick a nicer specimen to add to your collection or get someone as a gift.