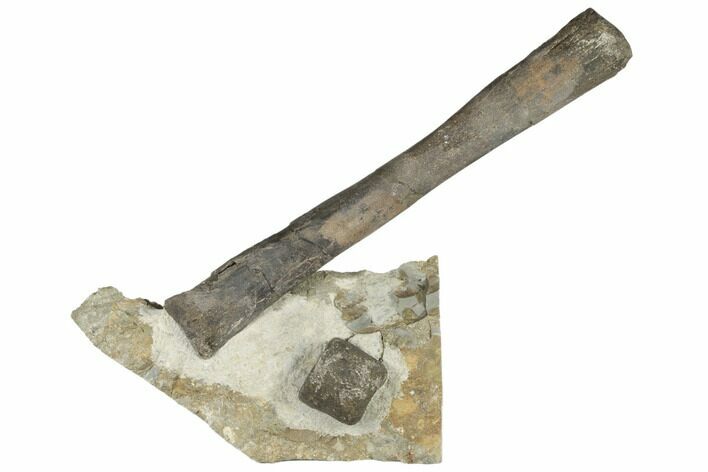 This is a breathtaking specimen that features a caudal vertebra and radius (arm bone) still sitting within the rock they were found in, a presentation that is quite uncommon. Both are from Hypacrosaurus, a hadrosaur of the Two Medicine Formation of Montana, though it's possible they came from two separate hadrosaurs. This is a natural association and the bones have not been repositioned.

The radius is almost completely exposed from the rock, with the proximal end still partially embedded. There are multiple repaired cracks through the diaphysis, with some significant gap fill restoration within one of the cracks where the bone was fragmented beyond recovery. The distal end, while weathered, did not require any crack repair or restoration.

Just over half of the vertebra has been exposed from the rock. The cortical bone has weathered away, however it hasn't undergone any repair or restoration. A small section of rock adjacent to the vertebra has been glued back in place. The base of the rock has been cut flat, facilitating aesthetic presentation of this incredible hadrosaur bone association. 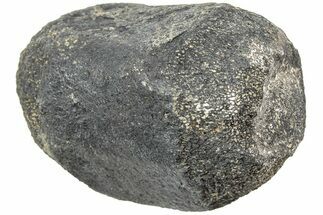