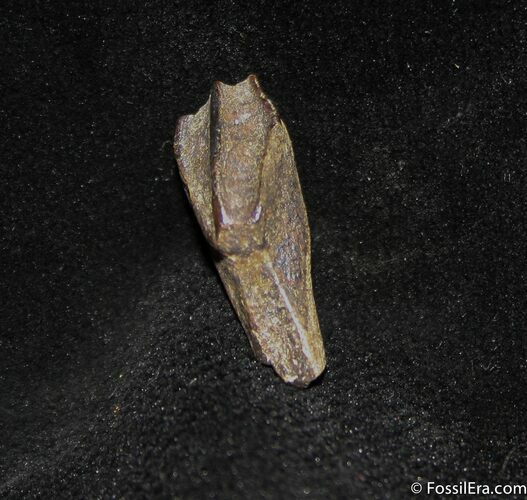 This is a very nice example of a tooth from the "Duck Billed" dinosaur Edmontosaurus annectens. Hadrosaurs had a mouthful of small blocky teeth which they used to grind the tough plant material that they ate. The tooth is unworn, has excellent preservation and unlike most teeth that are found the root is present.