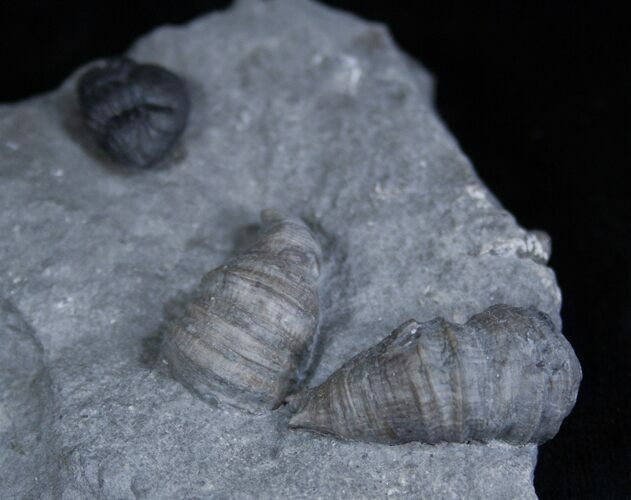 Here is an associated of two pieces of horn coral and an enrolled Eldredgeops rana rana trilobite from the Windom Shale of NY. The trilobite appears to have been found separately and mounted onto the matrix for display. It's Devonian in age, or approximately 385 million years old.