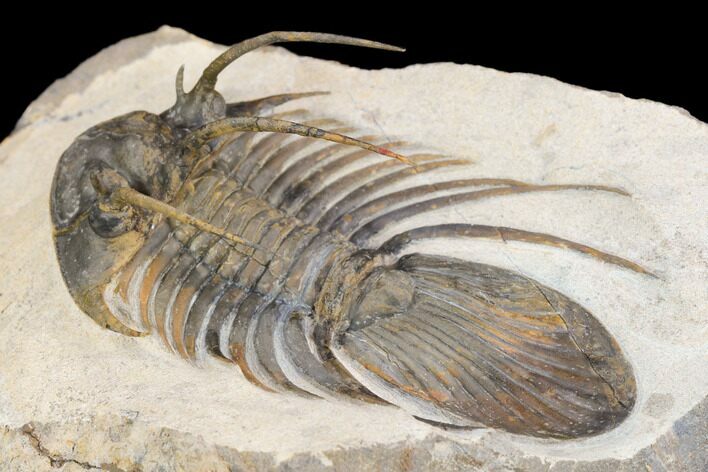 This is a HUGE, 3" long example of Kolihapeltis chlupaci hollardi from the Lhandar Formation near Atchana, Morocco. This might be the largest individual specimen of this species I've seen and it's a beautify. It's laid out prone with excellent preservation and only about 1-2% shell restoration along repaired cracks. All the spines have been prepared free-standing.