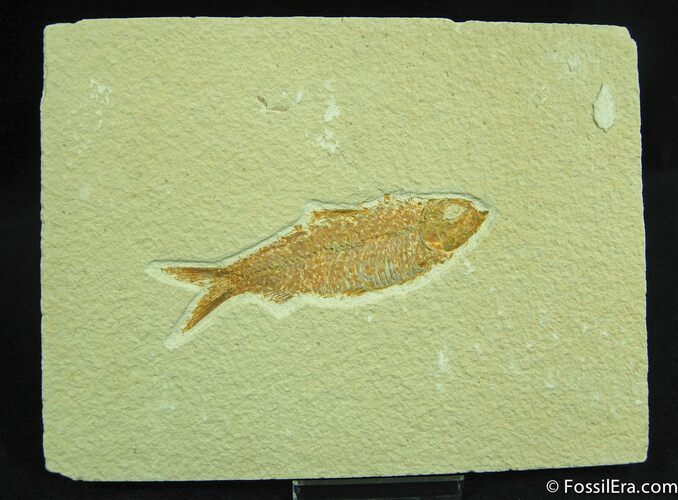 Here is a pretty good sized (4 1/2 inch) long Knightia from the 50 million year old Green River Formation of Wyoming. It's well preserved and centered on a nice rectangularly shaped piece of matrix. Displays very well on the included stand and would make a great gift.