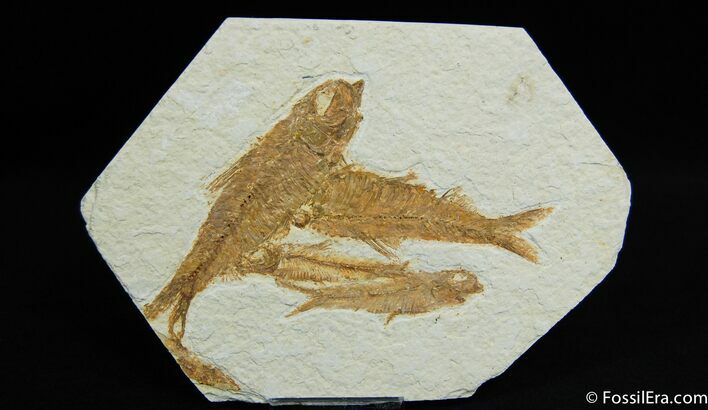 Here's a nice display piece with four Knightia eocaena fossil fish from the Green River Formation of Wyoming on a single plate. The largest of the fish is 3.7 inches in length and they are nicely preserved.