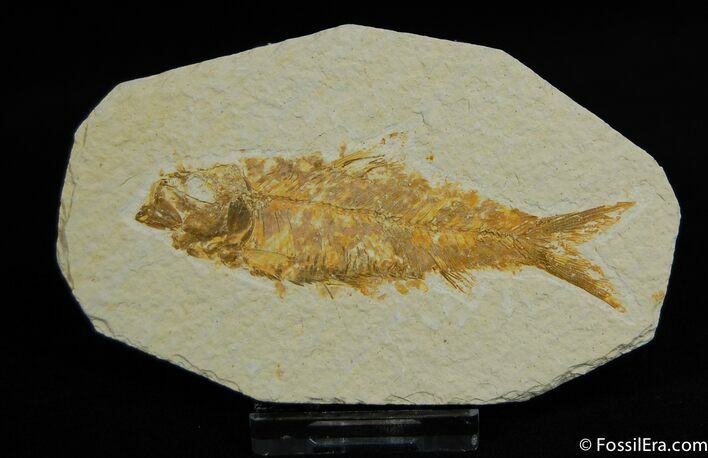 Here is a 3.6 inch long fossil fish, Knightia alta from the Green River Formation near Kemmerer, Wyoming. It was found in Warfield's quarry one of several commercial fossil quarries in the region. The specimen is nicely centered on an irregularly shaped piece of matrix that displays well on the included stand. The scales, bones and fins are well preserved.