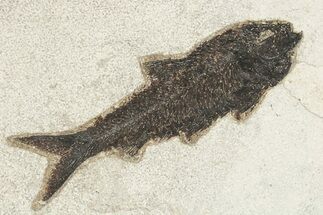 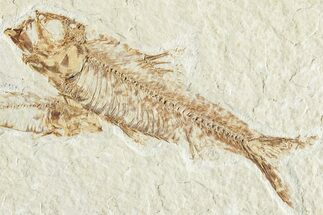 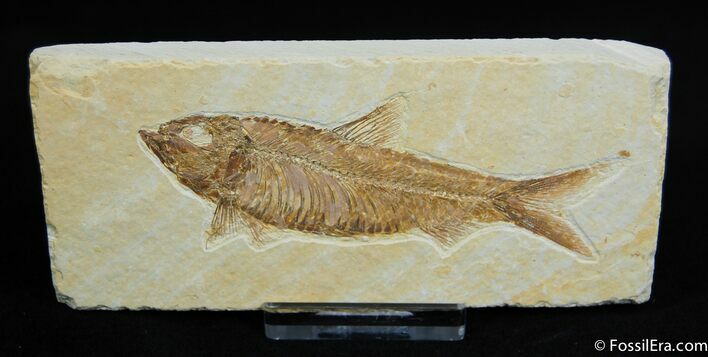 Here is good size Knightia from the 50 million year old Green River Formation of Wyoming. It's a beautiful fossil fish with great preservation showing scales, fins and bone structure. Not only that, this 3.6 inch fossil fish is centered perfectly on a nice rectangular piece of matrix. Comes from the Warfield fossil quarry. 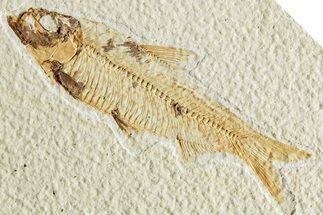 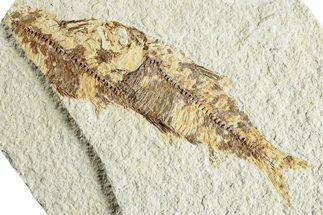 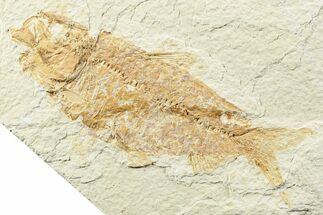 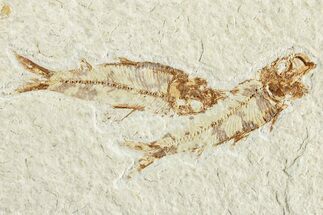 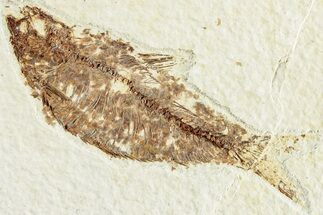