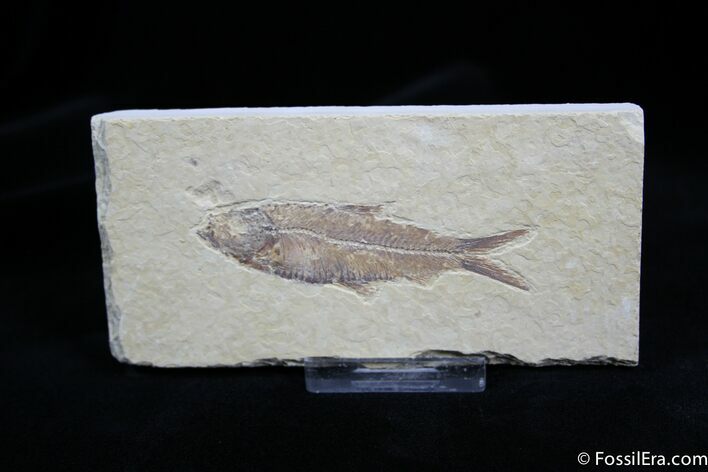 This is a well preserved 50 million year old fossil fish of the species Knightia eocaena, a type of herring. It is just under 3 inches in length and shows great detail of the bone structure, fins and scales. These fossils come with an acrylic display stand.