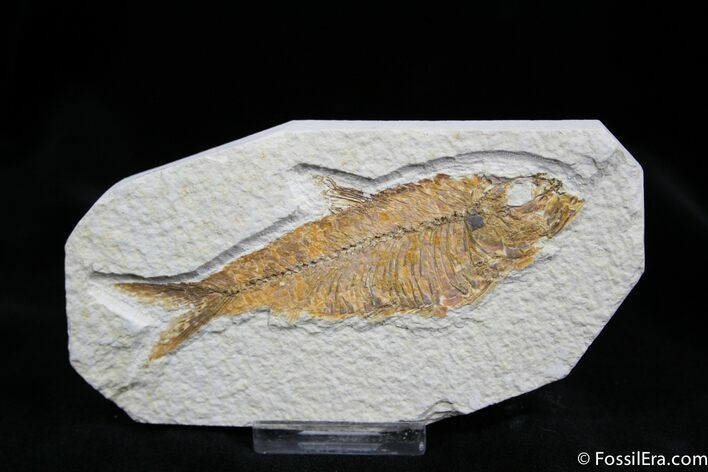 This is a nice 4+ inch long Knightia fossil fish from the Green River Formation of Wyoming. It is centered nicely on an irregularly shaped piece of natural matrix and was collected at Warfield's Quarry. 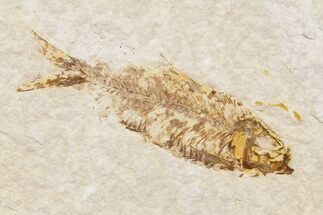 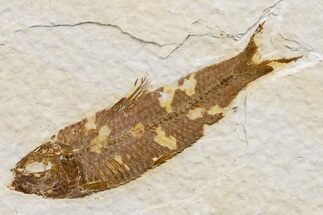 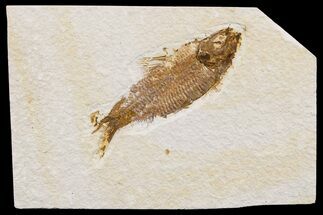