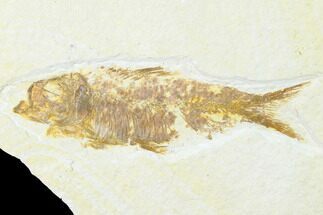 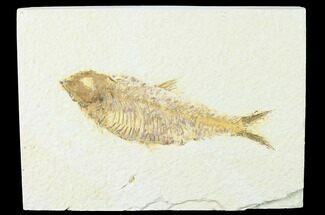 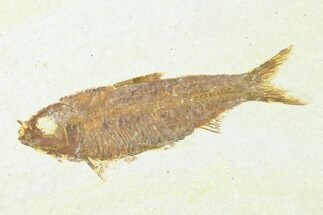 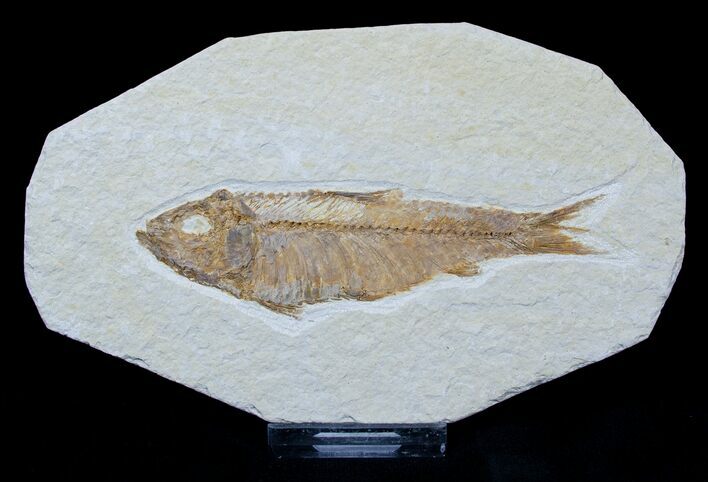 This is a well preserved fossil fish from the Eocene aged Green River Formation of Wyoming. It's of the species Knightia eocaena and is 4.1 inches long. These fish come from Warfield's fossil quarry and comes with an acrylic display stand. 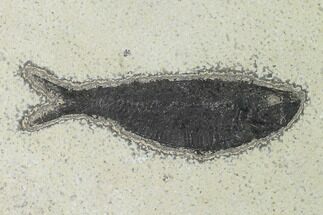 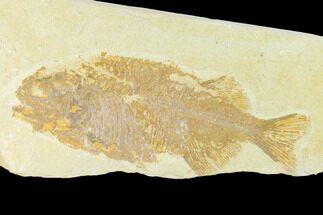 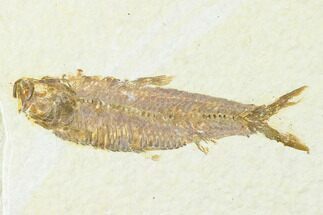 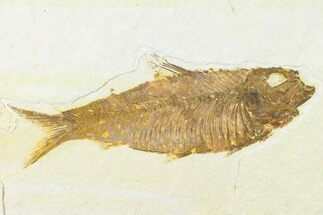 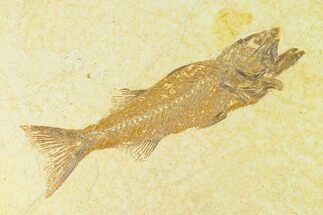