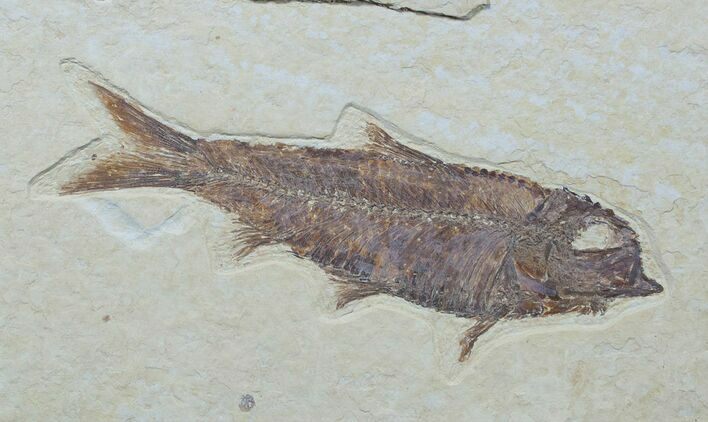 This is a beautiful Knightia eocaena fossil fish from the Green River Formation of Wyoming. It's approximately 50 million years old, has great detail and is centered on a rectangularly cut piece of stone. It comes with an acrylic display stand.