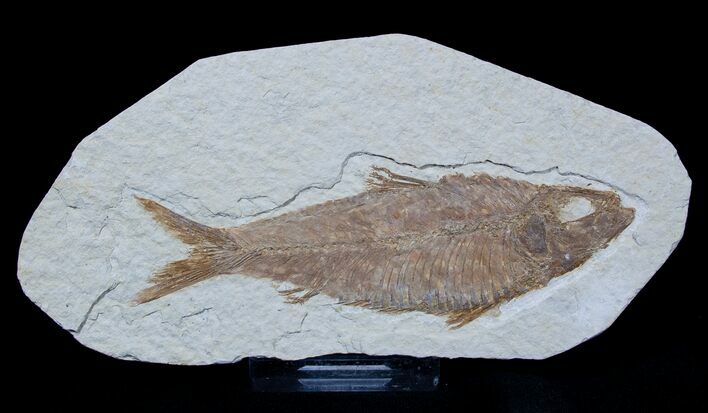 This is a nicely preserved fossil fish from the Green River Formation of the genus Knightia. It's just over four inches long and displays nice detail of fins, scales and bone structure. It comes with the pictured acrylic display stand.


Knightia is an extinct genus of schooling, ray-finned, spindle-shaped, bony fish that shares a family with herrings and sardines. They lived in the freshwater (lacustrine) environments of North America and were eaten by just about everything that was bigger. They ate insects and smaller fish, and used gill rakers to feast on plankton. Knightia eocena is the largest of three species of Knightia, with a typical length of about 15 centimeters. It is the state fossil of Wyoming.