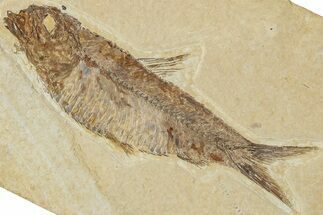 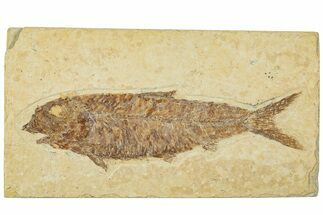 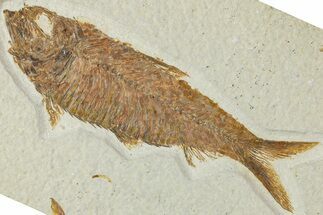 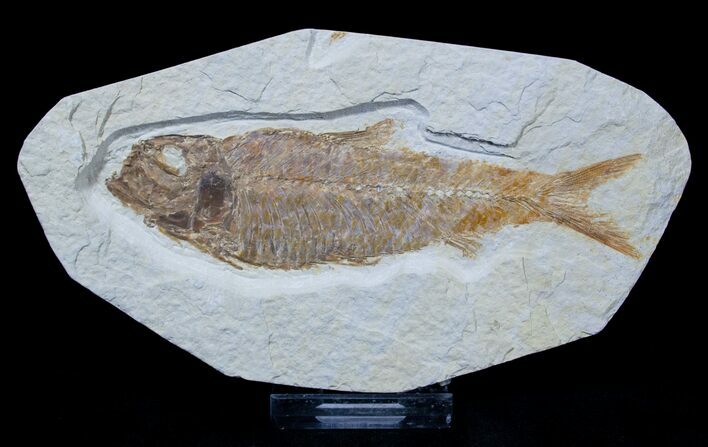 This is an authentic fish fossil from the 50 million year old Green River Formation of Wyoming. It's a Knightia eocaena a fossil herring and displays remarkable detail. It contrasts well against the creme colored matrix and comes with an acrylic display stand. 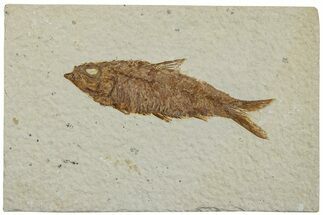