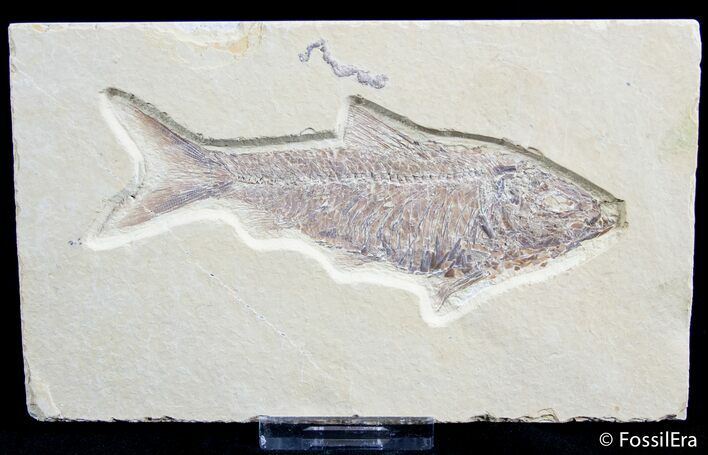 Here is a sweet specimen of the fossil fish Knightia eocaena coming from the famous quarries near Kemmerer, Wyoming It is remarkably detailed, good sized for the species and presented nicely on a rectangular piece of stone.