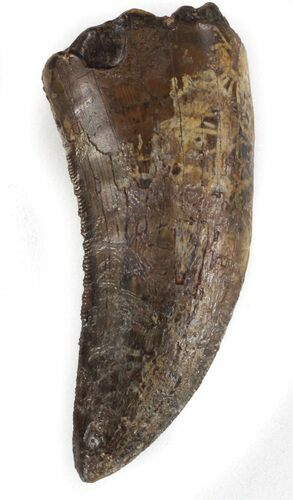 This is a large, 1.67" long Tyrannosaur tooth likely of the species Nanotyrannus lancensis from the Hell Creek Formation of Montana. The tooth has a mottled coloration, brown on the upper half to yellowish on the lower half. This is possibly due to the tooth being partially digested either by a predator or the animal itself. The tip is good and while the serrations are worn, most are still visible. 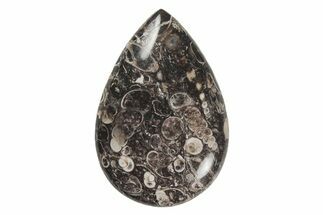