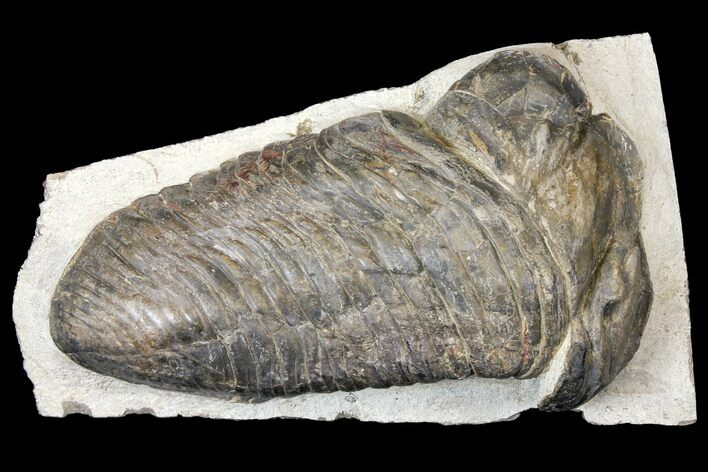 This is a species not normally seen from the Timrhanrhart Formation, Parahomalonotus calvus. It's quite large at 7.5" long and very inflated. It displays some compression which is the case with nearly all of the trilobites that come out of the layer. There are a few patches of shell restoration, mainly the right side of the tail but it's pretty minimal for what you would expect on a trilobite of this size.