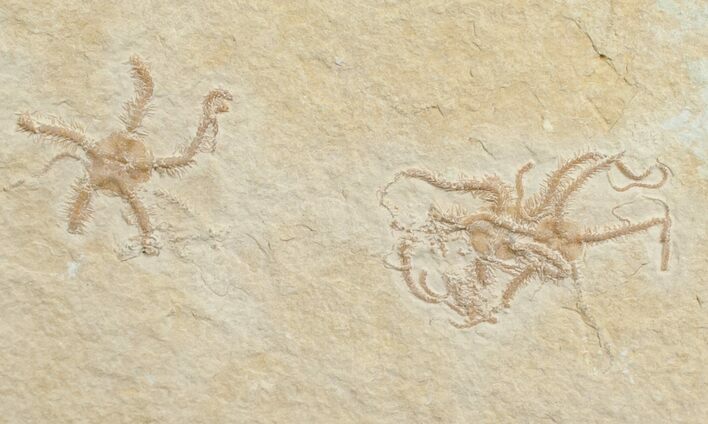 This is a mass mortality plate of Jurassic aged brittle stars (Ophiopetra lithographica) from the famed Solnhofen Limestone of Germany. There are about ten brittle stars preserved on a 8x6" piece of matrix, the largest one having an arm span of about 1". The preservation is very nice on this piece and the fossils do no have any enhancement. It comes with an acrylic display stand.