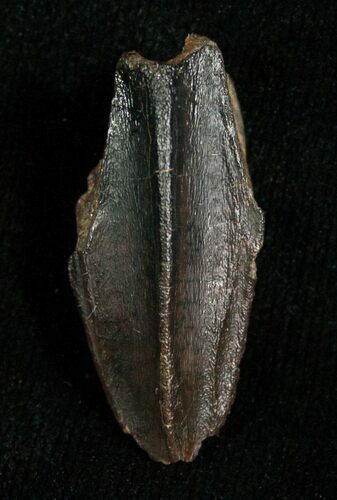 Here is an beautifully preserved, and large tooth from the Edmontosaurus annectens, a Hadrosaur. It's just a hair under an inch long and is pretty much unworn.