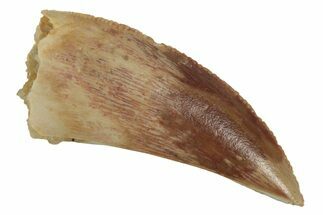 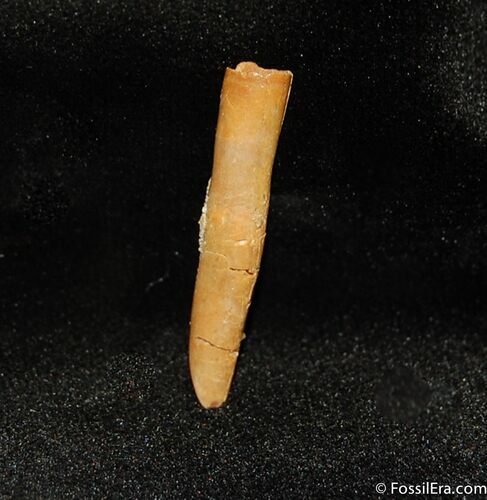 Here is a great tooth from the large Cretaceous sauropod, Rebbachisaurus garasbae. It comes from the Tegana Formation formation in Morocco and is about 1 1/4 inches in length. the classic peg like shape of teeth from Diplodocoidea is very visible. There are several repaired cracks in the tooth, hence the reduced price.