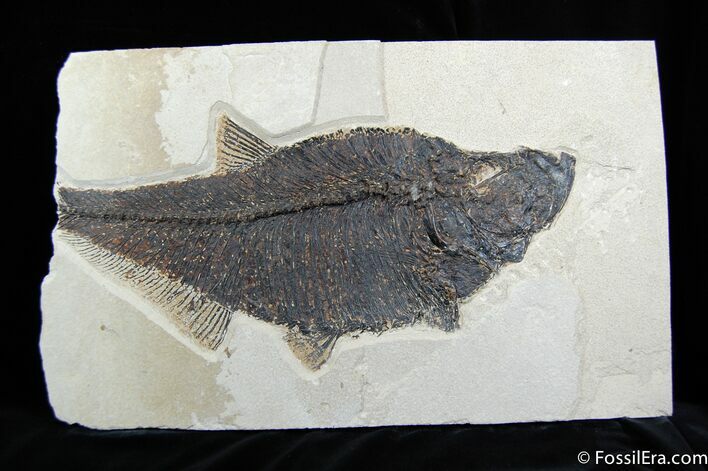 This is an absolute monster of a Diplomystus at over 15 inches in length. It is from the 18 inch layer of the world famous Green River Formation exposed near Kemmerer, Wyoming. The detail on this fish is amazing, bone structure, fins, eye and robust backbone easily seen.

It's a very impressive example of this predatory fossil fish.