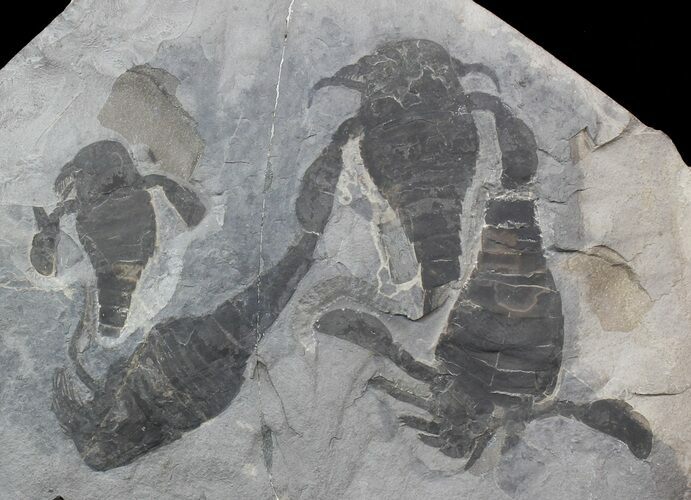 This is a nice, multiple specimens of Eurypterus remipes from Lang's Quarry in Herkimer County, New York back in 1988. There are four mostly complete specimens on the plate, with the largest measuring about 4 inches in length. There is a repaired crack running through the center of the piece.