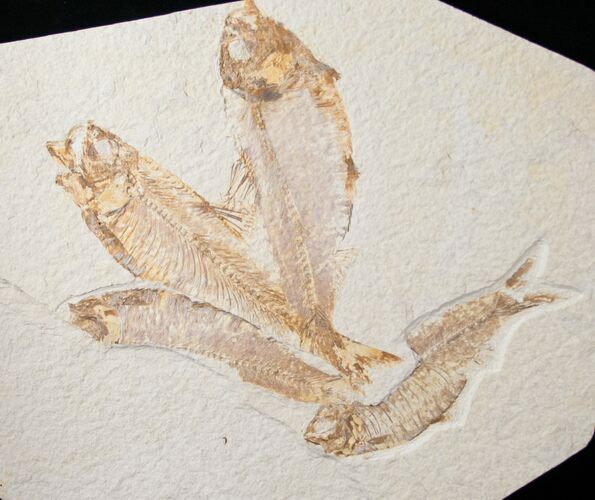 This is a cluster of 4 large examples of the extinct herring, Knightia eocaena from the Green River Formation of Wyoming. The largest fish is about 5.4" long which is very large for the Knightia from the split fish layers at Warfield's Quarry. Comes with an acrylic display stand.