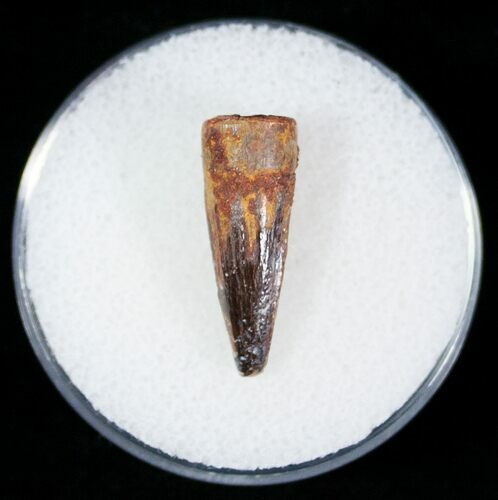 Here is nicely preserved .8" long fossil crocodile tooth from the Cretaceous sediments of the Kem Kem Basin. This came from a large crocodile that was living alongside dinosaurs such as Spinosaurus and Carcharodontosaurus. The tooth is in awesome shape with beautiful enamel preservation. It comes in an acrylic case.