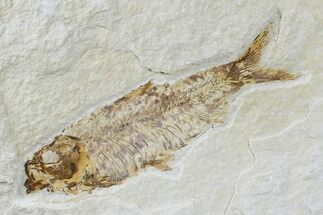 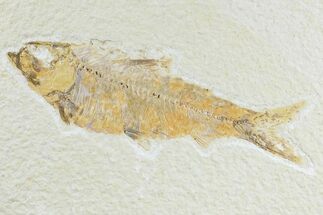 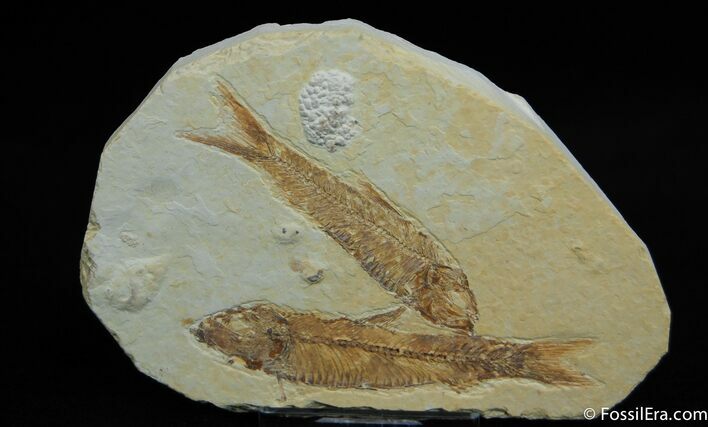 Here is a nice double Knightia alta from Warfield's fossil quarry on the Green River Formation of Wyoming. Both fish are just over 2 1/2 inches and exhibit very fine preservation showing scales, bones and fins. They are nicely presented on an irregular shaped piece of matrix which they contrast very well with. Comes with a plastic display stand. 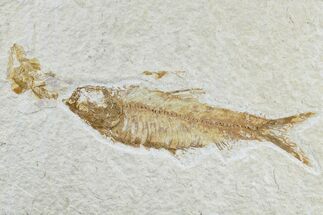 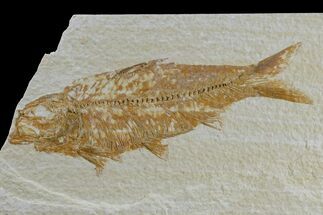