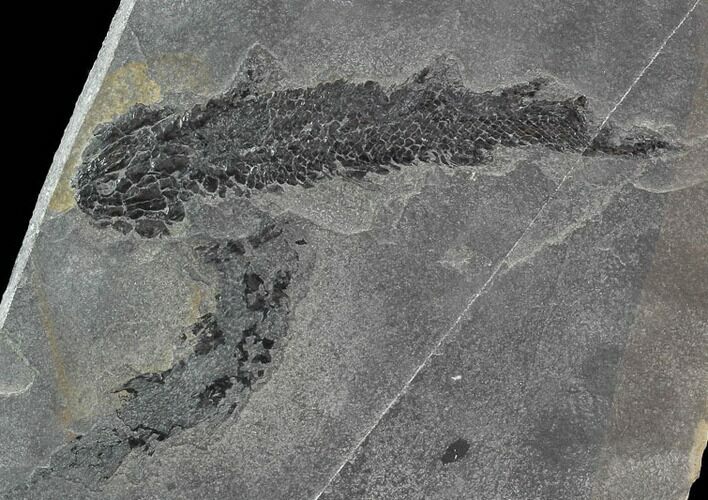 This is a pair of nicely preserved Early Devonian, "Lobed-Fin" fish, Osteolepis macrolepidotus. It was collected from the Sandwick Fish Beds in the Old Red Sandstone in the Orkney Isles of Scotland. The larger specimen is 5.9" long and the smaller just over 3" long. 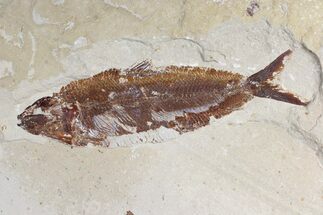 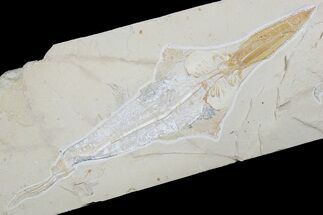 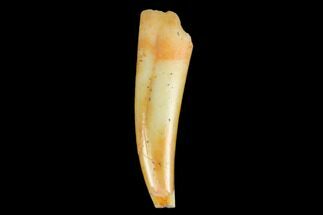